It was just eight weeks ago that the Trustees tasked our membership secretary, Ian Stewart, to research the available crowd funding platforms for our first public campaign. Ian’s report concluded that it would require eight weeks of preparation and that we should opt for a  minimum four week campaign.

The team pulled together and set an initial target of £50,000, one quarter of the total cost of rebuilding the rear fuselage, and made the decision that this campaign would be ‘all or nothing’. Additionally, due to time restraints on the team the campaign would have to be prepared, launched and completed in just six weeks, nothing like a little pressure.

As you will all know by now we achieved our initial target. In fact this was achieved in just two weeks which enabled us to stretch the target not once but twice. The Trustees would like to take this opportunity to say thank you to everyone who helped make this a successful campaign, the members who spent many hours planning it in just three weeks, the members who helped plan for the launch and run the constant social media updates and to everyone who supported and helped to spread the campaign throughout the world by pledging, sharing, liking and interacting with all the social media activity.

Together we have raised £67,127 which is an impressive 134% of our initial target. The total raised from this, our first public campaign, allows work to commence on the rebuild and we are liaising with Airframe Assemblies to firm up a date when RB’s fuselage, the spare sections and the jig can be delivered to the Isle of Wight. 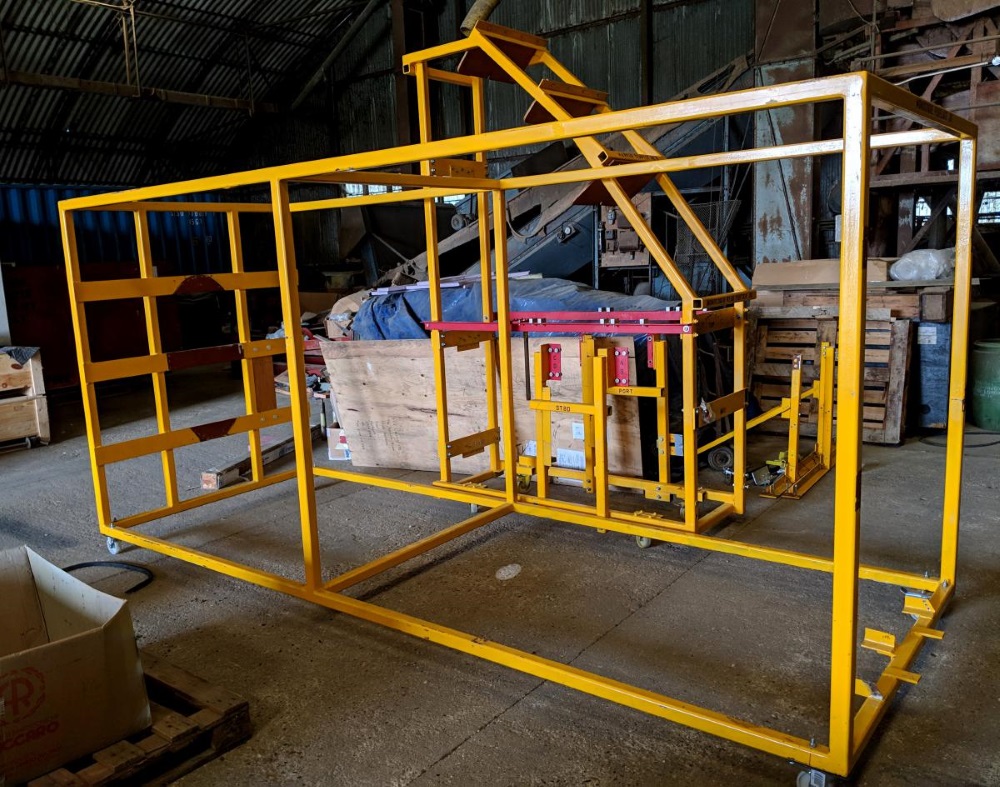 Rear fuselage jig that will soon be used for the rebuild of RB.

However, this is just the beginning as the fuselage alone requires an additional £123,000 to complete, due to a very generous offer for a pledge of £10,000 to finish the work. If you missed the campaign then we still need your help. There are a number of options to donate so please visit the link to the donation page on our website below and select one of the options available.

On behalf of the Trustees thank you to everyone who has helped to make this campaign a success, it is just the start of the rebuild but we could not have done this without you.