The Hawker Typhoon Preservation Group (HTPG) is a charitable organisation, run entirely by volunteers, and exists to raise the funds required to rebuild Hawker Typhoon MkIb, RB396, as the lasting legacy of all those who played a part in the Typhoon’s history deserve.

RB396 flew over 35 combat sorties against ground targets in ‘Fortress Europe’ and was repaired 18 times in her short four-month life. In total, 666 Typhoon pilots, 56% of all Typhoon pilots, were lost on operations, a higher percentage than losses suffered by Bomber Command. On 1st April 1945, whilst attacking mechanised transports (METs) five miles north-east of Hengelo in the Netherlands, RB396 herself was hit by intense light flak and started to lose height. Her pilot Flight Lieutenant House, skilfully made a forced landing north-west of Denekamp on the Dutch/German border. Flight Lieutenant House evaded capture, managing to return to his Squadron just four days later. RB396 became one of many battlefield relics littering the European theatre.

After the war had passed her by, RB396 was recovered from the battlefield, transitioning through a scrap dealer and then a chemical factory, that proposed making a chemical wash from her rear fuselage. She was eventually saved by Dutch enthusiasts for display in a small museum. In 2012, she was brought back to the UK by one of the founding Trustees of the HTPG. With the securing of a factory inhibited Napier Sabre engine the very real prospect of getting a true WWII veteran flying again became a reality and the HTPG was established in 2016.

The Hawker Typhoon; a powerful, potent ground attack aircraft that redressed the balance in mainland Europe during World War Two (WWII), has been lost from the collective memory of our national, industrial and engineering heritage. RB396 will symbolise this heritage, educate the public and become a permanent memorial to all the crews, of all nationalities, that made the ultimate sacrifice operating the Typhoon.

Innovative technology requires time for its niche to be identified, and so this was proven with the Typhoon. Pushed into service too early, development and testing taking place during front-line service, circumstances and the foresight of a number of young squadron commanders combined to identify the Typhoon as a superb ground-attack platform and in the process, save the type. Issues relating to the new Napier Sabre engine, the tail structure and carbon monoxide in early aircraft went on to be resolved and the Typhoon gained a reputation as one of the greatest and most feared ground attack aircraft of WWII. The pilots knew that this rugged platform would get them to the target fast, take a lot of damage and get them home where many other types would have failed.

With the Typhoon’s future now secured, it was the Normandy landings that cemented the Typhoon and its crews’ place in history. Without them the Allied Forces would not have broken out of Normandy as quickly as they did, saving many thousands of lives in the process. The ultimate accolade was given by Dwight D. Eisenhower (Supreme Allied Commander) himself:

“The chief credit in smashing the enemy’s spearhead, however, must go to the rocket-firing Typhoon aircraft of the Second Tactical Air Force… The result of the strafing was that the enemy attack was effectively brought to a halt, and a threat was turned into a great victory.”

The Hawker Typhoon Preservation Group was founded in May 2016 to:

1. Preserve and protect a Napier Sabre powered Hawker Typhoon MkIb aircraft and return her to full working order for the benefit of the public and to demonstrate and display her to the public; and

2. Advance the education of the public in Hawker Typhoon aircraft and their crews for the benefit of British heritage, remembrance and historical knowledge and in particular:

a. its associated provenance and historical context;
b. its aviation and engineering heritage,
c. its significant heritage interest,
d. its operational and maintenance procedures and processes,
e. its design, engineering and technologies.

RB396 is the only surviving combat veteran example of the type known to exist; indeed, outside of the RAF Museum she is the only survivor. When complete, RB396 will be a symbol of the sacrifice and bravery exhibited by the crews who operated the Hawker Typhoon during WWII. The aircraft will symbolise and represent them all and serve as a memorial to their legacy, which has been all but forgotten.

The project team is led by the Project Director. The all volunteer team all work incredibly hard in their spare time, around full time jobs and family life in working towards raising the funds required and achieving the charity’s aims. The project would not be where it is today without this small, but passionate and hardworking team, who all sacrifice a great amount to ensure the continued success and progress of the project. 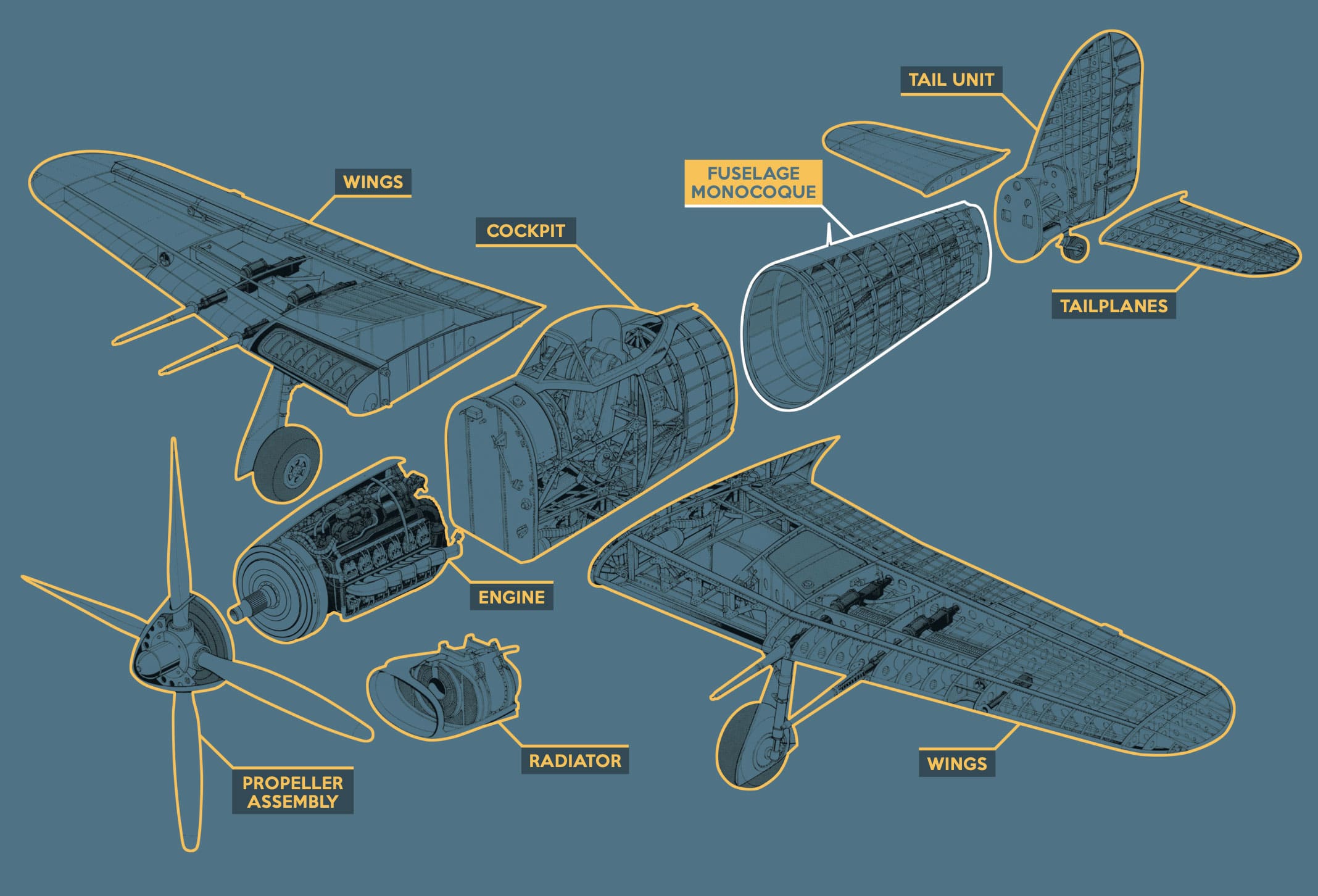 The funds required to return this aircraft to flight are considerable.

The full history of RB396

During the early days of the project, the only history the team were able to confirm was the delivery to 51 Maintenance Unit (RAF Lichfield) on 23rd November 1944 and the subsequent forced landing on 1st April 1945 by Flight Lieutenant Chris House. With the help of historians, authors, family members and museum archives over the last few years, research has been able to fill in the gaps and complete much of RB396’s history. On the 1st April 1945, Flight Lieutenant Chris House walked out to the Hawker Typhoon he would be flying on ops that day. XP-W was 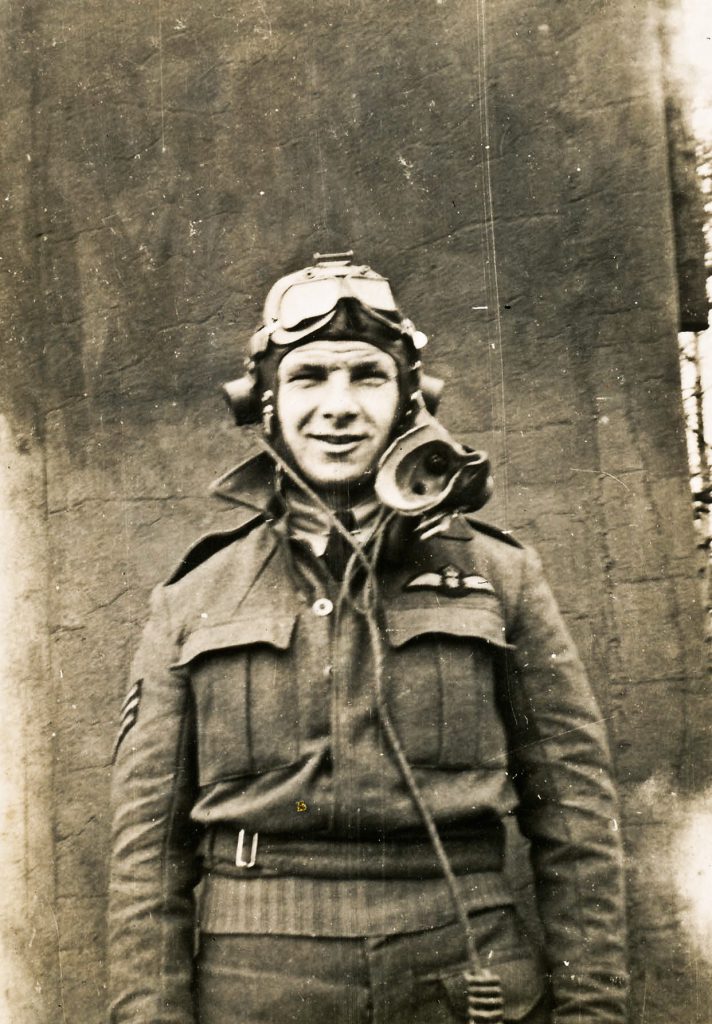 While RB396 was still being repaired from the damage of the 28th, Pilot Officer Frank Johnson continued to fly, today in Typhoon SW495. They took 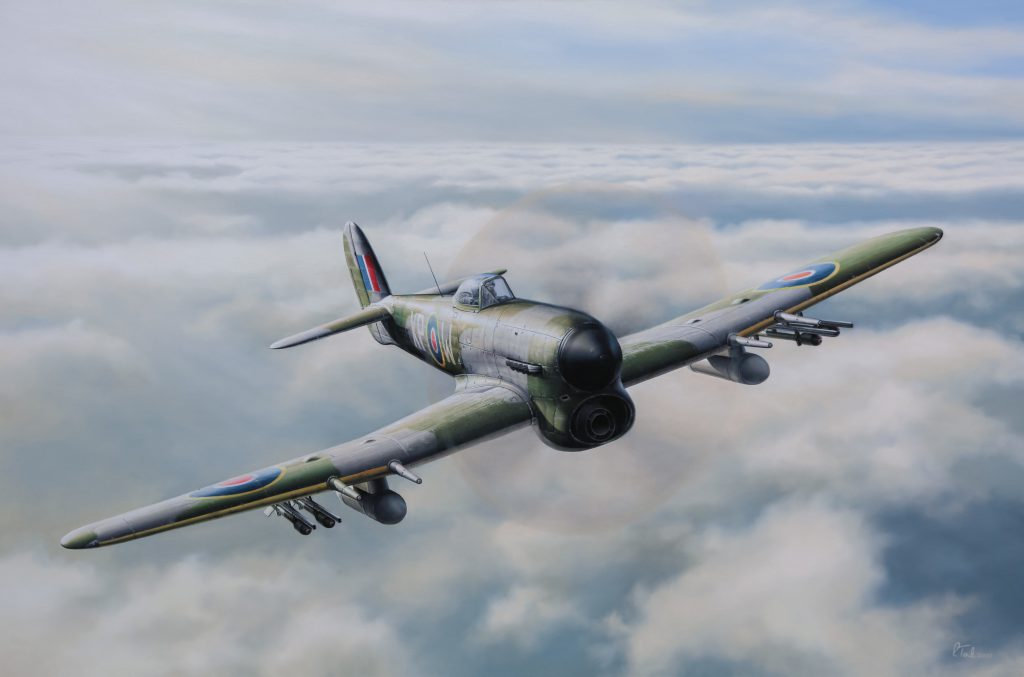 Continue reading...
View all history
We use cookies on our website to give you the most relevant experience by remembering your preferences and repeat visits. By clicking “Accept All”, you consent to the use of ALL the cookies. However, you may visit "Cookie Settings" to provide a controlled consent.
Cookie SettingsAccept All
Manage consent

This website uses cookies to improve your experience while you navigate through the website. Out of these, the cookies that are categorized as necessary are stored on your browser as they are essential for the working of basic functionalities of the website. We also use third-party cookies that help us analyze and understand how you use this website. These cookies will be stored in your browser only with your consent. You also have the option to opt-out of these cookies. But opting out of some of these cookies may affect your browsing experience.
Necessary Always Enabled
Necessary cookies are absolutely essential for the website to function properly. These cookies ensure basic functionalities and security features of the website, anonymously.
Functional
Functional cookies help to perform certain functionalities like sharing the content of the website on social media platforms, collect feedbacks, and other third-party features.
Performance
Performance cookies are used to understand and analyze the key performance indexes of the website which helps in delivering a better user experience for the visitors.
Analytics
Analytical cookies are used to understand how visitors interact with the website. These cookies help provide information on metrics the number of visitors, bounce rate, traffic source, etc.
Advertisement
Advertisement cookies are used to provide visitors with relevant ads and marketing campaigns. These cookies track visitors across websites and collect information to provide customized ads.
Others
Other uncategorized cookies are those that are being analyzed and have not been classified into a category as yet.
SAVE & ACCEPT
Supporter area
Support us