There were over 1200 young men and women who flew the Hawker Typhoon during WWII, 56% of them made the ultimate sacrifice. There is no memorial to these brave young men and women, the thousands of ground crew and support staff who kept the machines operating, nor to those who designed, built, tested and delivered the aircraft.

We strongly feel that they deserve one. This memorial will not be carved from stone, or cast in bronze, viewed only by those who make the special journey to see it. This memorial will work, live and breathe. It will fly, and it will be seen by many.

How you can help

Become a supporter
Make a donation
Buy our merchandise

The Hawker Typhoon Preservation Group is a charitable organisation, run entirely by volunteers, and exists to raise the funds required to rebuild Hawker Typhoon MkIb, RB396, as the lasting legacy those brave men and women deserve. The rebuild of RB396 to airworthy condition cannot be achieved alone. We need financial support; £5million is needed to cover the cost of the rebuild. We need your help. Join those who have already contributed in excess of £1million since the formation of the charity in 2016, and who have enabled the rebuild to commence, with the first section nearing completion. With your help, the rebuild can continue, progress, and be completed. 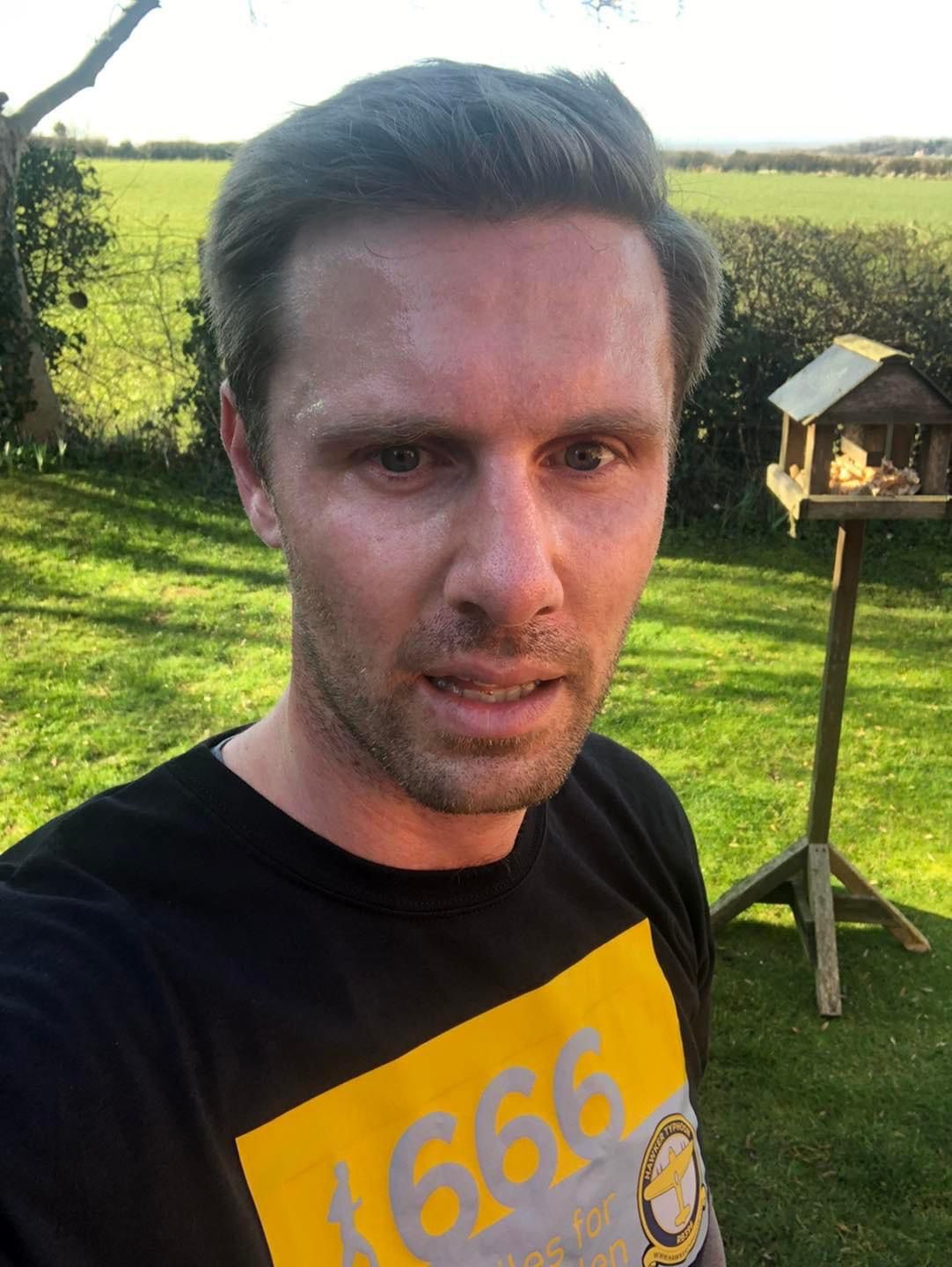 On the 6th June Sam completed his final run, of 9.66 miles, completing his 666 miles in 100 days running challenge… 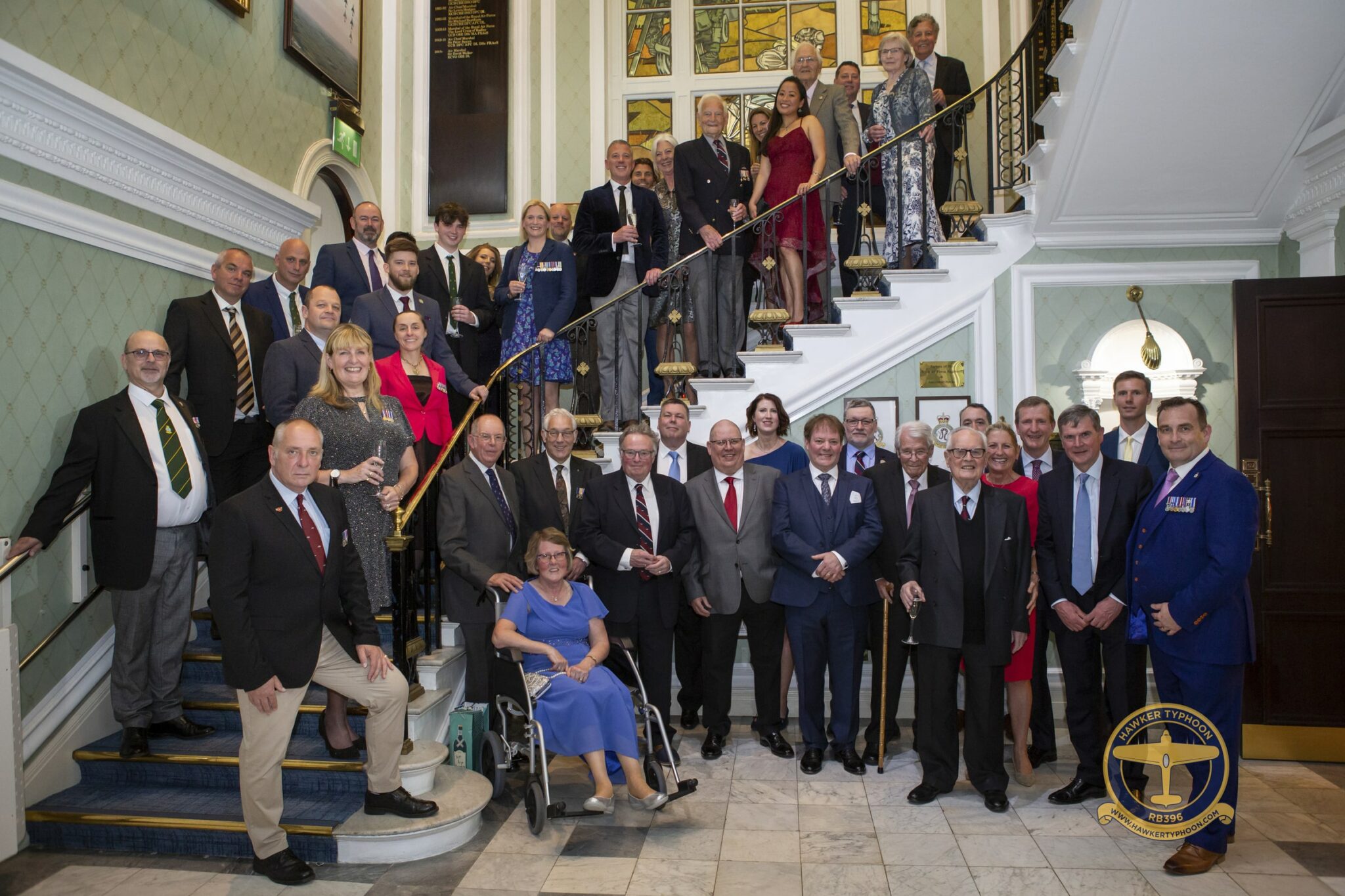 Do you have a veteran of the Typhoon story in your family, do you, or did you, know someone? If so, we want to hear from you…
Continue reading 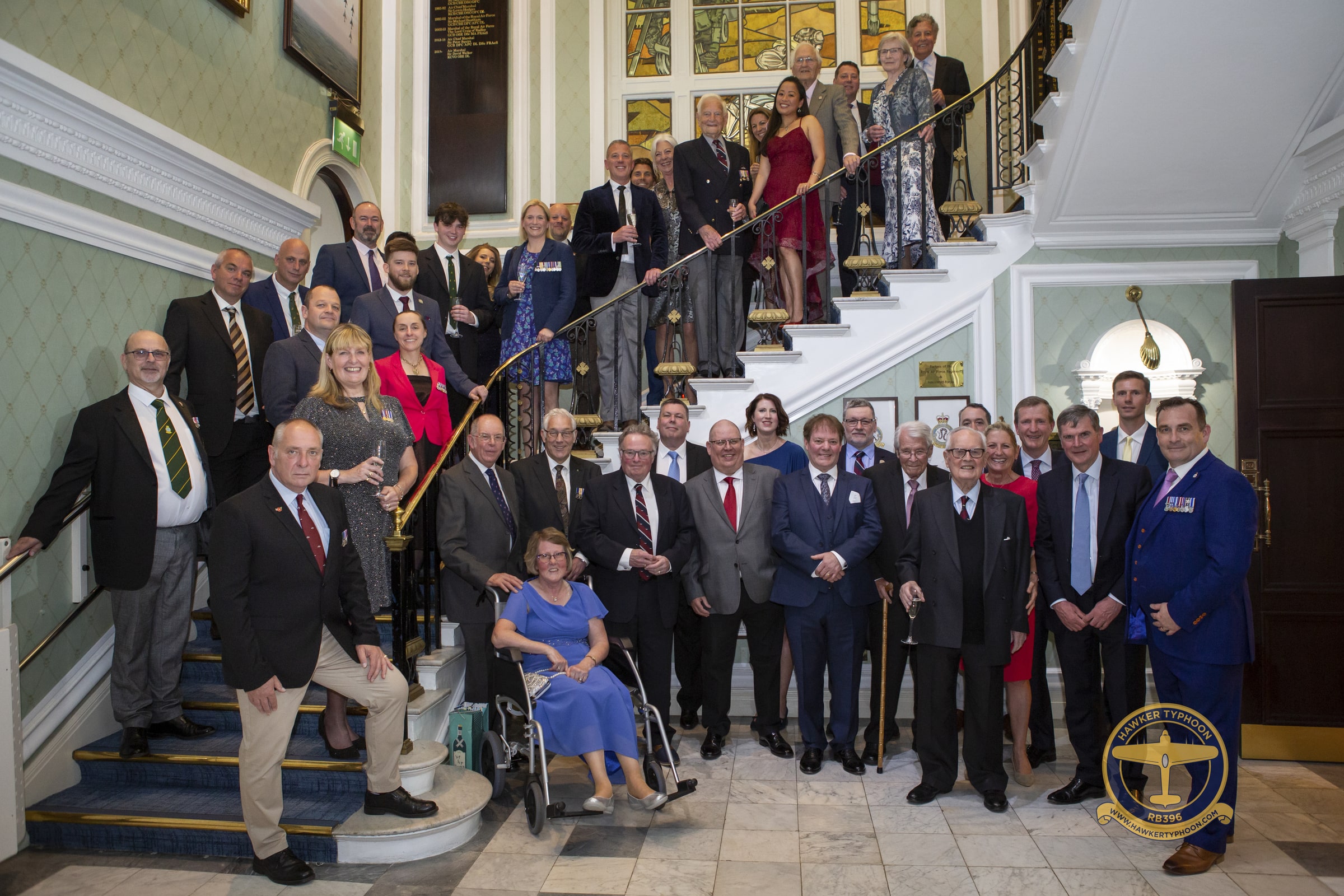 Easter weekend saw a second world war Hawker Typhoon veteran, his family and guests, descend upon the RAF Club, London, to mark a very special milestone. Bernard Gardiner flew the Hawker Hurricane and the Hawker Typhoon during the conflict, on the latter he flew 71 operational missions over enemy occupied territory before the war came to an end – a remarkable feat.

Do you have a veteran of the Typhoon story in your family, do you, or did you, know someone? Perhaps they helped to design, build, test or deliver the aircraft? Maybe they were a ground crew member, maintaining them in the field, or a pilot flying them in combat?

If so, we want to hear from you… 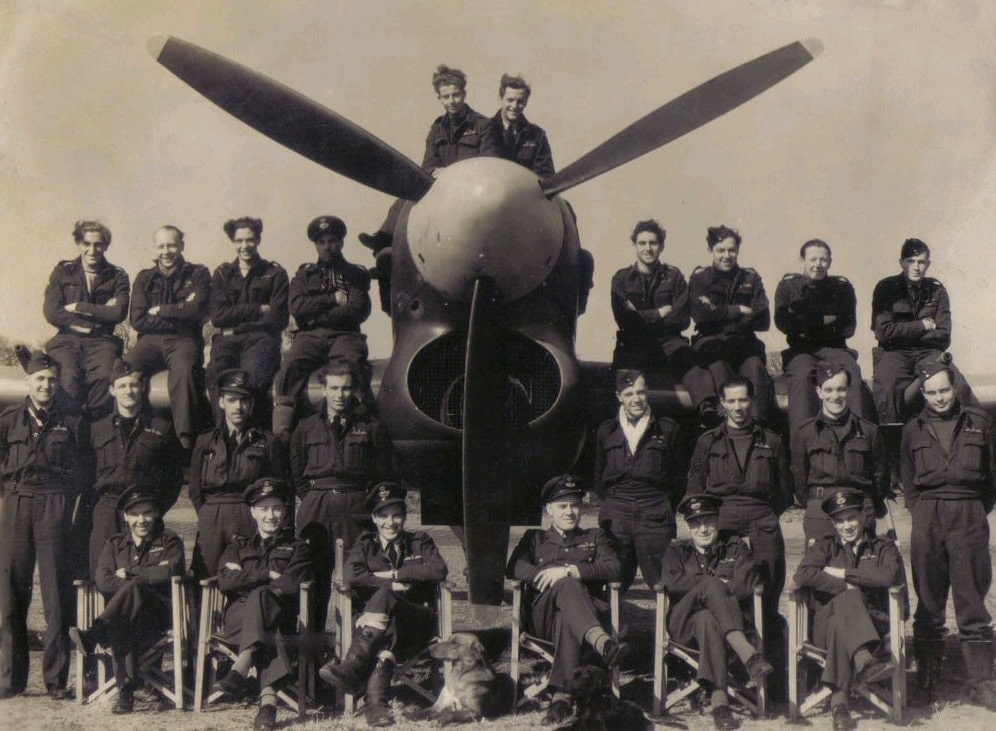 "For many years I have been wondering how to honour my father and the Typhoon. He was one of the Typhoon’s greatest pilots, ending the war as Group Captain Johnny Baldwin DSO and Bar, DFC and Bar, AFC, Croix de Guerre with Palm, Grand Officer of the Order of Orange Nassau, and DFC (USA). The Typhoon emerged as the RAF’s most successful ground attack aircraft with its speed and firepower. Despite focusing on this role, Johnny Baldwin was the highest scoring Typhoon ace, with 16 confirmed victories. He died in 1952 on active service in the Korean War. I was three months old. The Hawker Typhoon Preservation Group is the ideal vehicle for me to support, as neither my father nor the Typhoon have had the recognition they deserve. At last this is now changing and last year I was invited to talk to the Dutch Minister of Defence about how my father earned his extremely important Dutch medal in front of Dutch Belgian and German media. The Typhoon is well appreciated in Holland, France and Belgium as it was the aerial symbol of blasting the way forward. The role was extremely dangerous for the pilots but the ruggedness of the aircraft was well valued.I wish this project every success and I am delighted to become the first Diamond supporter." 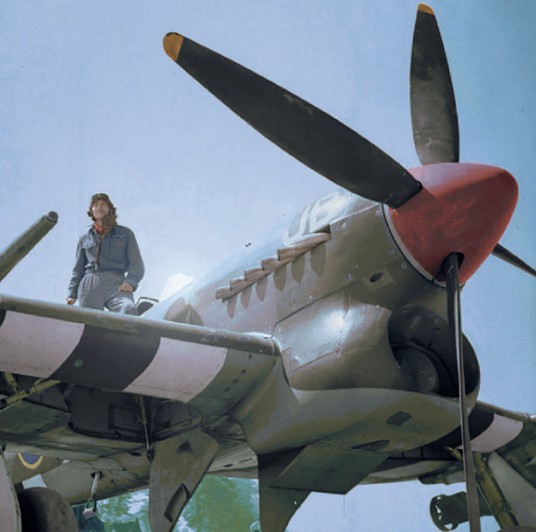 James BaldwinDiamond Supporter
"I have spent my lifetime in aviation following in my late Father’s footsteps (dad flew with the Royal Air Force, the Civil Aviation Authority and subsequently in business aviation) and have a particular interest in vintage aircraft, their preservation and where possible return to flight. Besides that personal interest I believe strongly in the educational value of these aircraft from the perspective of their roles in historical events and the engineering that went into their construction and manufacture. The latter particularly resonates with me as an engineer since it is a means to inspire future generations into the engineering and hopefully aerospace fields. The Typhoon project was instantly attractive to me, much less glamorous than the Spitfire or Hurricane and some other well known “warbirds” .The Typhoon performed a vital role with the allies during and after the D-Day landings and in subsequent battles through France and Germany leading to the end of WWII. The type had become virtually extinct with only one left in the RAF museum collection so the opportunity to support not only the restoration of a second and for that to fly was a project I had to support. This Typhoon project met my desire not only to honour those who fought, flew and supported the type but to educate and inspire future generations with its contribution to the war effort and what will be the unique sound of its Sabre engine. I urge anyone who has similar interests to support the project." 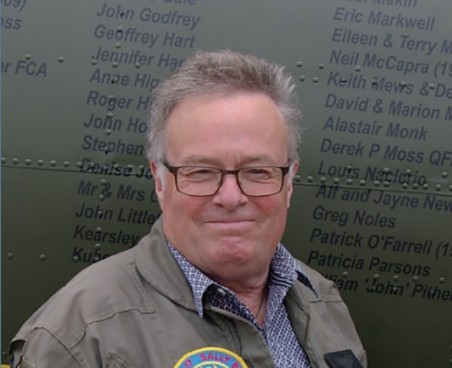 Alan MarkwellPlatinum Supporter
"Despite living an ocean away in Canada I felt it was important for me to support the Hawker Typhoon Preservation Group by becoming a Platinum supporter. I have had an interest in vintage aviation for some time. It has always been my desire to see planes actually FLY rather than sitting in a museum gathering dust. The Hawker Typhoon Preservation Group’s goal is to return Hawker Typhoon RB396 to flying status, in which case it will likely be the only airworthy example in the world, and certainly the only combat veteran. Is there any better way to salute the brave men who piloted these planes in combat than ensuring that current generations can see a tangible piece of flying history?" 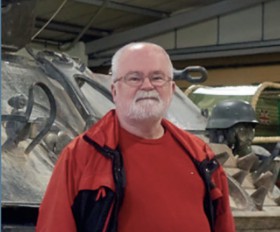 David SouthenPlatinum Supporter
"I was one of the first supporters of the project. I subsequently converted to become a lifetime supporter and was then the first person to subscribe to the Platinum package. My father, Roy Worthington, flew Spitfires, Hurricanes and Typhoons during the war but it was in a Typhoon that he was shot down in 1944 and subsequently became a PoW. I believe that this project is extremely important as it will provide a lasting memorial to all those who were involved with an aeroplane that has largely been forgotten in this country but which played a vital role in helping to win the war. The HTPG is doing a sterling job in righting that wrong and deserves our support in restoring what will likely be the only airworthy Typhoon in the world." 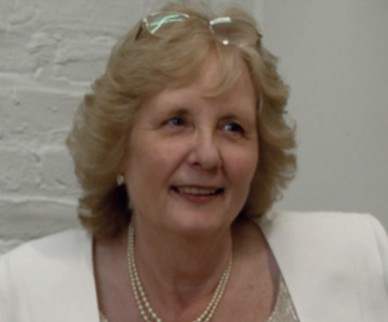 Anna Worthington-LeesePlatinum Supporter
"Flying Officer John ‘Paddy’ Byrne RAF, my father, flew Typhoons with 197 Sqn RAF from April 1944 to June 1945 completing over 150 operational sorties. These included some memorable occasions including D-Day, the Falaise Gap, Arnhem, the crossing of the Rhine and the final advance into Germany. As the only Typhoon squadron to fly ‘Bombphoons’ from the start to the end of the France & Germany campaign, father never fired the more typical rockets, specialising instead in precision dive and low-level bombing. Notable targets included German headquarters, V1 & V2 sites, human torpedo factories, radar stations, bridges as well as the usual tanks, guns and infantry. Father rarely talked about the combat side of life on the squadron but had a fund of funny stories, not all of them above-board, about life on the ground. As a “Halton brat” and Typhoon veteran father always considered his time in the RAF as “the best of years”. Sadly one of his, and my, concerns over the years is how little is known or understood by the general public of the Typhoon and its contribution to the war effort, or the bravery of, and the losses suffered by, its pilots. Hence father, as one of the last things he did before he passed away in November 2020 at the ripe old age of 98, became a Platinum supporter so that many more people will appreciate the contribution made by those pilots and that one day soon a Typhoon will once again take to the skies. His name will adorn RB396 when she flies. In memoriam - Heroes never die."

We’re grateful to be supported by the following companies

This website uses cookies to improve your experience while you navigate through the website. Out of these, the cookies that are categorized as necessary are stored on your browser as they are essential for the working of basic functionalities of the website. We also use third-party cookies that help us analyze and understand how you use this website. These cookies will be stored in your browser only with your consent. You also have the option to opt-out of these cookies. But opting out of some of these cookies may affect your browsing experience.
Necessary Always Enabled
Necessary cookies are absolutely essential for the website to function properly. These cookies ensure basic functionalities and security features of the website, anonymously.
Functional
Functional cookies help to perform certain functionalities like sharing the content of the website on social media platforms, collect feedbacks, and other third-party features.
Performance
Performance cookies are used to understand and analyze the key performance indexes of the website which helps in delivering a better user experience for the visitors.
Analytics
Analytical cookies are used to understand how visitors interact with the website. These cookies help provide information on metrics the number of visitors, bounce rate, traffic source, etc.
Advertisement
Advertisement cookies are used to provide visitors with relevant ads and marketing campaigns. These cookies track visitors across websites and collect information to provide customized ads.
Others
Other uncategorized cookies are those that are being analyzed and have not been classified into a category as yet.
SAVE & ACCEPT
Supporter area
Support us